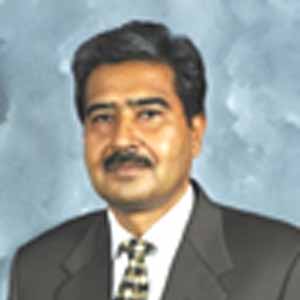 After completion of his education (MBA Finance) in 1982, he started his career in PICIC, a Development Finance Institution. He has vast experience of Project Financing, Research and Advertisement/Public Relations. Before joining NBP in 2008, he was EVP/Company Secretary and Head Corporate Affairs Division of PICIC for eleven years i.e. upto December-2007, besides member / Secretary of various Management Committees. He also handled special assignments including acquisition of Gulf Commercial Bank, ICP Mutual Funds Lot B and SEMF by PICIC, establishment of an Assets Management Company and Insurance Company.
He is a Certified Director on the roll of PICG. He is Fellow of Institute of Corporate Secretaries of Pakistan and Diplomaed Associate of Institute of Bankers, Pakistan

A. Akbar Sharifzada is on the Board of National Bank of Pakistan since November 17, 2015. He has at his 28 years of experience in the Civil Service of Pakistan. He has rich and varied experience of working in different Ministries/Departments. He has been mainly associated with matters pertaining to administration and financial management. He is, at present, working as Additional Finance Secretary in the Ministry of Finance, Islamabad. He holds Master degrees in English Literature and Economics. He also attended a number of courses/ workshops / seminars within the country and abroad.

He is presently also Director on the Boards of EXIM Bank of Pakistan, Civil Aviation Authority and Overseas Pakistani Foundation. 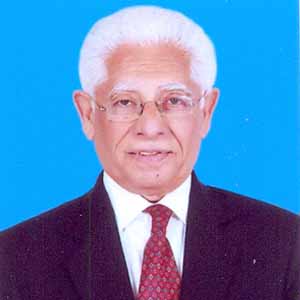 Mr. Muhammad Naeem is a Chartered Accountant by profession. He got his college education from F.C. College and Hailey College of Commerce at Lahore. He did his MBA from IBA, Karachi in 1964. He became a Chartered Accountant in 1967 after serving article ship with A.F. Ferguson & Co at Karachi.
He qualified as a CPA from State of California (USA).
He has been executive committee member and President of Lahore Tax Bar Association.

He has been Council member and Vice President of Institute of Chartered Accountants of Pakistan.

He has served as Executive Committee member and Vice President of Lahore Chamber of Commerce & Industry.
He has also served as Honorary Treasurer of Pakistan Cricket Board and Asian Cricket Council.
Mr. Naeem is also a Director on the Board of Pakistan Stock Exchange Limited, National Refinery Limited and National Clearing Company of Pakistan Limited.

Mr. Asad Munir was appointed as a Director of National Bank of Pakistan by the Government of Pakistan with effect from June 14, 2017.

Mr. Asad Munir has a professional & judicial career spanning over 44 years. He has been a practicing lawyer before the High Courts & Supreme Court of Pakistan and possesses vast experience in Civil Laws generally and Commercial, Banking & Labour Laws specially. He graduated from the Government College, Lahore. Obtained his LL.B from the Punjab University Law College, Lahore in 1970 and LL.M from the University of London in 1972.

Since August 2015, Mr. Asad Munir is also holding the position of Administrator, Pakistan Football Federation. He has previously served as Deputy Attorney General for Pakistan from 2006 to 2007, Judge Lahore High Court, Lahore from 2009 to 2011, Chairman Punjab Labour Appellate Tribunal, Lahore, from 2012 to 2015. He was Member Syndicate, PMAS-Arid Agriculture University, Rawalpindi from 2009 to 2010 as well as Member Syndicate, Punjab University, Lahore in 2011 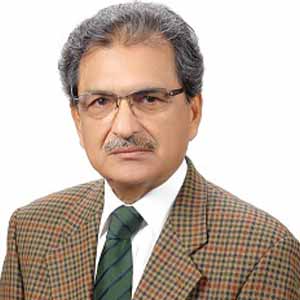 Mr. Muhammad Imran Malik was appointed as Director of National Bank of Pakistan by the Government of Pakistan with effect from March 09, 2017.

Mr. Muhammad Imran Malik has 42 years of diversified experience in financial sector including over 18 years as CEO / President with proven leadership exposure. He has vast experience of serving in and interfacing with private and Government sector organizations. He served as President / CEO to the First credit and investment Bank Limited (FCIB) for 10 years. Prior to that he was associated with the National Development Finance Corporation (NDFC), and First Credit and Discount Corporation (FCDC) as its CEO / Managing Director.

Mr. Muhammad Imran Malik has been Chairman / Director on the Board of Sindh Leasing Company Limited till recently. He is also Director on the Board of Universal Insurance Company Limited. He had been member of Management Committee of ADFIMI (Association of Development Finance Institutions in Member Countries of IDB) from 2005 to 2013. He also served as member of Non-Bank Financial Sector Reform Committee setup by the Securities and Exchange Commission of Pakistan.

Mr. Muhammad Imran Malik is an MBA from IBA, Karachi and a DAIBP as well. He served a Director of the IBA Alumni Association for over 10 years. He has received professional trainings from various prestigious institutions including Harvard University, Euromoney Institute of Finance and Executive Development Program sponsored by the World Bank and ADB.